“The Inspector Should Have Caught This”

In our experience (fortunately), the least common reason we hear “Your inspector should have caught this” is an undeniable flat-out miss by the inspector. Believe it or not, home inspectors aren’t perfect. I know, I know, surprise! There is a lot to cover in a relatively short period of time and despite best practices there is an occasional item that gets missed. While our philosophy is to report everything, big or small, we definitely give priority to the big items like roofs, structural, and hvac. If we’re going to miss something, I’d prefer it to be a loose cabinet hinge over an uninsurable roof. We’ve “owned” a few small misses over the years.

The Contractor. As is common when someone moves into a home, projects are undertaken, repairs are made, or things “simply happen”. A licensed contractor arrives at the home and while performing their task, they utter the inevitable, “Your inspector should have caught this” or “I can’t believe your inspector didn’t catch this”. This always brings a smile to my face and a bit of a chuckle. It seems many in various trades have an inherent superiority complex over home inspectors and like to throw this phrase out at every opportunity. Don’t get me wrong- for the most part they know their trade better than a home inspector would (as they should) but they typically know little to nothing about what a home inspector actually does. A home inspection, by nature, is a visual non-invasive inspection. We’re not dismantling hvac systems or moving appliances to access areas for repair. It should be expected that a specialized trades person performing a repair will see things that a home inspector couldn’t. They also have not typically read the report or been made aware of any limitations that were reported by the inspector- which brings us to the next source of the phrase.

Limitations. I received a call regarding a recent inspection. The buyer moved in and in the following weeks began to smell a gas odor on occasion. After working with the local utility provider and a plumber, multiple leaks were discovered within the gas piping in the crawlspace. This one checks both the Contractor and Limitation box as both the Plumber and the buyer said ” Your inspector should have caught this”. I would tend to agree- except that the crawlspace was clearly noted as inaccessible at the time of the inspection with a recommendation to have it inspected when access was provided. When we come across such a limitation, we notify parties on-site so they have an opportunity to correct it while the inspector is there (should also note that they were also notified prior to the inspection to have it made accessible). Perhaps the most frustrating thing about an issue like this is that we would have made a return trip at no charge. Bottom line, pay close attention to noted limitations in an inspection report. We make it easy and put any limitations right next to repair items, so they aren’t missed. 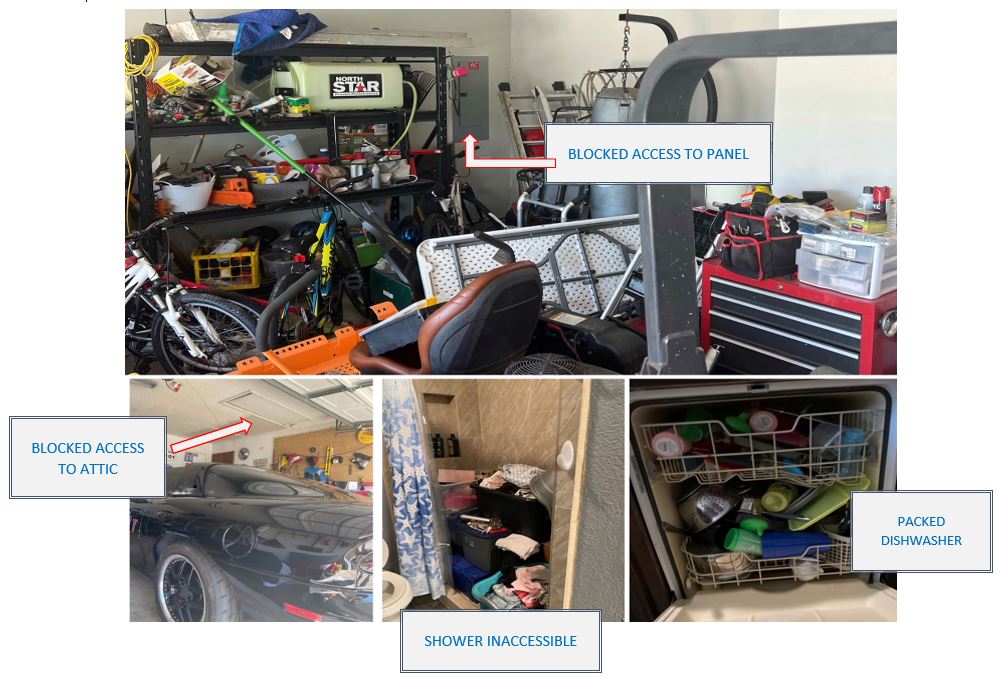 The inspector did catch it. The last and most common is the instance where the inspector did catch the issue and reported it. These calls are awkward. A person has paid to have a thorough inspection yet didn’t take the time to read even the summary report. I’ve discovered multiple reasons for this- multiple buyers but only one read the report, the buyer left everything to the agent, or they simply skimmed the report. If you are buying a home, please read the report. Focus on the repair items and don’t overlook any limitations. Ask questions to clarify anything you don’t fully understand.

Bottom line, there are things the inspector should have caught, couldn’t have caught, and things they most certainly did catch. Work with your inspector and ensure that everyone is on the same page. We all have the same goal- to gain a full understanding of any and all issues related to the property.

Ready To Get Started? Schedule Your Inspection Now!

If you need a home inspection in Oklahoma City or any of the surrounding areas, Redbud Property Inspections is here to help. Learn more about what we do on our website, or feel free to schedule your appointment online now. We always look forward to hearing from new customers in the area.